What is the first thing that comes to your mind when you think of engaging in board games? Don’t you get an image of cozy evenings in the living room, packed with chairs, tables, family, and friends? Children also play board games from a very young age these days.

The Ancient History of Board Games 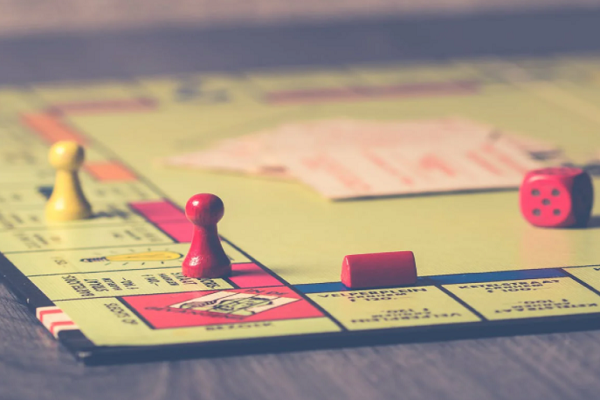 But did you know that board games have long been a part and parcel of our cultures all over the globe for thousands of years? Are you surprised to know this?

Were you of the opinion that board games are a new and happening thing? Well, you’ll be alarmed to know that the roots of the most basic board games are traced back to ancient civilization!

Humans, irrespective of their age, always needed some form of entertainment, and what better than getting involved in board games?

If you too are someone who has recently developed a keen interest in playing board games, wouldn’t you love to know about the history of board games? If yes, keep reading.

A sneak peek into the primeval board games

Reports from historians reveal that majority of the primeval civilizations of the world had a lineage from the Middle East. Hence, it is not a matter of surprise that the roots of board games are usually found in the age-old middle eastern civilizations.

In fact, one of the first board games that were recorded is Senet, an ancient Egyptian board game that has been predicted to be created during the early 3500 BC. Doesn’t that make it around 5000 years old?

However, this game called Senet was not the sole board game that was played by the Egyptians. One more immensely popular board game played was Hounds and Jackals, which started appearing around 2000 BC.

During this time, board games were utilized as pastimes for the royal people who used them for entertaining themselves.

Backgammon was one more ancient board game that was made by the Mesopotamians around 5000 years back. This game is still played all over the globe these days while you wouldn’t see anyone playing Hounds and Jackals or Senet anywhere now.

This age-old tradition of playing board games isn’t something exclusive to the Middle East. There is also a Chinese board game called Go which has existed for more than 2500 years. Unlike other games mentioned above, this one is still played widely.

The earliest gaming pieces that were ever found were dice – a piece that is important to the majority of board games. A series of 49 carved, small stones were found in southeast Turkey inside a 5000-year-old burial mound.

Previously, dices were designed by painting one side of flat sticks. In Mesopotamia, there were several materials that were used in including stones, wood, shells, and knucklebones. The 6-sided dice that we use today have their lineage in the Roman era.

One more famous game in ancient Egypt is Mehen. This was one more popular board game that represented Mehen, the snake god, who wrapped the Sun god Re inside its coils.

Although the rules were not discovered ever, yet the Hyena game that was derived from the Arab region was similar to the game of Mehen.

Colonial America and Board Games

By now you can well understand that board games had a pretty long history in the country of Europe too, with few of the European board games dating back to the AD centuries.

In spite of their perfectly established history, board games didn’t suddenly emerge and gain popularity with the colonization of America.

What are the reasons behind this? Well, there are two reasons. Firstly, people of the ancient colonial times were too busy to be able to find out time to invest in something as frivolous as board games.

Instead, a major part of their time was spent in maintaining a household and doing family chores. They spent long hours taking care of their homes.

Secondly, there was a myth or belief among the New England people that investing too much time in games would eventually become a temptation that would be tough to let go of. Dice or other tools, that were used for gambling were at times considered disgraceful.

How did board games explode in terms of popularity?

So, you must be wondering to yourself when exactly the board games began to become popular. Although they were considered taboo in primeval times, this was not the same forever. If it would have been, we wouldn’t have such a nice impression of the board game industry.

Though it can’t be emphasized that this game led to the drastic rise in popularity of board games, yet it certainly marked a big shift in American minds towards the board game industry.

With time and with the progress of technology, people started realizing that they had more time for themselves than they perceived. They started understanding that they had enough time that could be dedicated to leisure activities.

It was later during the 1800s that more board games came into the scene, though the majority of them concentrated mainly on religious themes due to palatability.

The United States of America witnessed the first introduction of The Game of Life in 1860. In case you’re someone who has never played this game, Life generally has players who play through their average life. They are allowed to marry, purchase a house, go to college, work, and also retire while playing the game.

Many believe that this way the first burst of video games came into popularity. It was then that board games weren’t seen as taboo nor did they question the morality of the people who were playing. They started relating themselves to board games.

Since then, America welcomed several other types of board games. With the progress into the late 19th century when materialism was accepted by all, the trend of board games continued.

If you have the notion that since we live in a digital age now, board games will soon become irrelevant, you’re wrong. In fact, thanks to the internet, board games have shot up in popularity.

Once you open YouTube, you will find hundreds of channels that are totally focused on reviewing and playing different types of board games.

There are even some board games that are created to be bought online and then printed at home. For these games, players don’t have to wait till they arrive in their mail.

There are several other board games that have been cloned in a virtual format. Thanks to the new platforms like Tabletop Simulator, fans of board games will enjoy their best classics with players from all over the world. They can enjoy the games from the comfort of their homes.

If you thought this is a passing trend, it is not. There are some sources that show that, in 2017, the board game industry was predicted to be at a staggering $8.6 billion USD. This amount is all set to grow at a point where it will reach $14 billion by 2023 – doubling in value within a few years.

Interesting Facts on Board Games

Now that you’re familiar with the history and background of board games, wouldn’t you like to know some fun facts about these games?

Therefore, just as any other game, board games too, have a far-reaching impact on youngsters and middle-aged people. As they’ve been around for several thousand years, it means that they’re going to stay even longer.