Now that we’re all locked up in our homes due to the worldwide pandemic, you must be packing your board games back to the shelf. But hey there, don’t surrender on your board games just yet.

Did you know that it is still possible to play board games on video calls? For that, you have to definitely be creative about how to play the game but that doesn’t make it something impossible.

The Best Board Games To Play On Video Calls 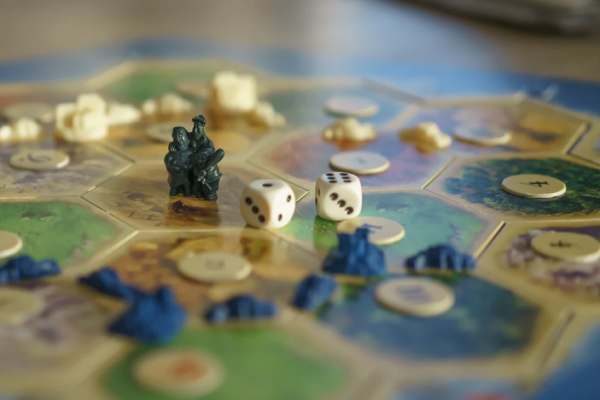 When both the parties have the same copy of the game, you will be able to synchronize the movements of the pieces of the board game and draw games through alternate piles.

In case you’re the only one who has a copy of the game, it would probably be a game where players don’t place their hands on the cards.

We currently live in an age where social distancing has become the new normal. Traditional board game nights where you gathered with your friends to play an exciting round of games are a thing of the past. Unless you live in a joint family and you have many members in your house, this would still be possible.

What if we tell you that it is still possible to enjoy playing board games with your family and friends from a distance?

Well, this is still possible as there are several board games that can be perfectly played through video calls. Keep reading to know more about these games and their pros and cons.

This is undoubtedly one of the simplest games that can be easily modified for video calls. Unless you’re someone living under the rock, you’d know about this game.

In Pictionary, the players pull out a prompt card and try to draw an image of that prompt. The other players have to guess the prompt from the image that is being drawn.

A single player will pull out the prompt cards and show them to the player who will draw them. Players just need to have a piece of paper and pencil in their homes to play this game. They can use them to draw the prompt and continue the game.

Pictionary is a hilarious game, particularly when the people playing aren’t good artists. The drawings will be wacky and will make everyone laugh out loud.

As long as playing a board game over a video call is concerned, this game called Yahtzee is ultra-simple. It is an old classic game but technically not a board game as it isn’t played on a board. This game doesn’t require any score sheets and so we’re counting on it.

As you start playing this game, the players will require their personal dice and something to scribble their scores on.

In case you’re concerned about utilizing your Yahtzee scoring sheets, you can find them online and have players fill out the scorecards, though virtually. If needed, you may also roll dice virtually, in case the other members don’t have enough dice.

According to us, Battleship is yet another game that would be ideal for video calls. As it is you’re not supposed to view the person on board and hence it works perfectly fine when you play online.

In an ideal situation, each person who plays this game should have their own board. As the game is set up, each and everyone on the call will need to guess where the battleships of the other players are.

The pitfall of this game is that the game is designed for 2 players. Though it can be adjusted to have more players, the rules will have to be reworked. You have to make sure you leave marks while making guesses so that you may differentiate whose ships you guess for.

This is a specific board game that must have been made for video calls. In this game called Boggle, the rules are simple and straightforward. One person has to shake up the box of letters. As the letters are settled, each player can make numerous words as they can with the help of letters that face up on the dice.

Whenever the timer runs out, each player is able to compare the list. The player with maximum words and which no one else ever came up with, wins the round.

In order to make this game familiar for video calls, you will have to show each person on the video call the letters and set the timer. Unless you have something to write, they can easily play.

Are you someone who would want the game to turn out more challenging? There are several ways in which you can modify all rules. One thing that you can do is to come up with a category like food. This requires all players to find maximum words that match with the ‘food’ category.

Just as Battleship, Chess Armory is also a game that has been created keeping two players in mind. However, Chess doesn’t have two boards that can be shared with others.

This clearly implies that whoever has the board of Chess will require controlling the pieces for both the people. But when both the players are aware of the names of the tiles, you’ll be able to dictate the piece which you wish to move and where you’d like to move it on a video call.

This Chessboard looks beautiful. It is totally made out of wood with intricate walnut inlays. Even though you may not get too much time to play it often, you can still use the board as a piece of decoration for your home. This will become worthy of clicking a picture.

Are you someone who’s looking forward to knowing about a board game that will leave everyone scratching their heads? Even though you’ll be on a video call, yet Trivial Pursuit is all that you need.

If you don’t know how this classic game works, read on. Players have to land on various parts of the board which tell them the category of question that they have to answer.

A player draws a card and he has to answer the question that is given on the card from that specific category. The player gets a wedge that represents the color of the category. He then has to collect the wedges of all the remaining colors.

As everyone won’t have their personal Trivial Pursuit boards, you got to run this particular game for all the people who are on a video call with you.

However, if you wish to move the pieces around for the remaining players and read out the cards on behalf of them, this game will probably keep testing your knowledge. Take a look at the pros and cons.

Regardless of the distance that is present between you and your friends, you can still keep alive the practice of playing board games with them through video calls. With the right game and a group video call, evenings will turn out to be fun.